My name’s Rhys Parsons, I work as a GRC (Governance, Risk and Compliance Analyst) for Siker, however I’ve been asked to discuss some of my hobbies outside of work. Whilst it many may not find it to be particularly of interest. One of the main hobbies that I seek out is called LARP.

“So what is LARP” I might hear some of you ask. Well LARP stands for Live Action RolePlay, essentially it’s a large-scale roleplaying game with a fictional setting and its players (like me) acting as characters designed to fit in with such a setting. Numerous systems and rulesets all exist within the LARP name with each system often adopting its own setting, backstory, and gameplay rules.

These settings can often wildly vary in scope, complexity, and theme such as Empire [1] which is High Fantasy, We Are Legends (WAL) [2] which is Apocalyptic Survival or Future’s End [3] which is more of a Sci-Fi setting. All the systems have varying player sizes of which you can expect anything from 30 to roughly 1500 players to be available at any event.

What makes LARP memorable however is the experiences (whilst it’s all Role Play of Course) you have with friends during the events. Be it from standing shoulder to shoulder in a shield wall to prevent a large push of invading forces or perhaps scattering with dark and dank halls of Gloucester Prison to hide or escape from a horde of infected seeking to finish off the last of humanity. It creates memories that for months and years later you can reminisce on.

Locations often vary, whilst generally being located within various Airsoft Arenas or Campsites, occasionally you can end up in quite a unique place. Personally I would say that the most unique would have to be Gloucester prison of which was officially closed back in June 2007, however they still allow events and tours to happen as a means of keeping the place somewhat maintained. We were given full access to explore the site including all the prison cells and administrative buildings to name a few. Interestingly enough one of the requirements that they had asked of us whilst we were there was that they couldn’t keep the entrance to the prison open, their reasoning being that they couldn’t have people randomly wandering into the prison site, considering that it was at some point a literal prison they would struggle to be able to leave should they get inside.

[1] – Empire LARP, me and my brother after having a quick water break on a very hot day. 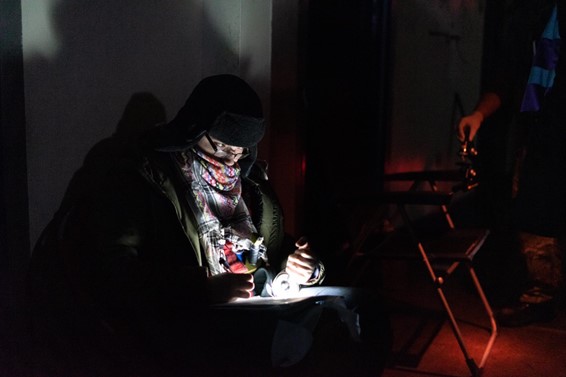 [2] – We are Legends (WAL) Me, working a night shift within Gloucester prison, the rest of my squad (NTF-Epsilon 6) would be within the doors to my sides resting up. 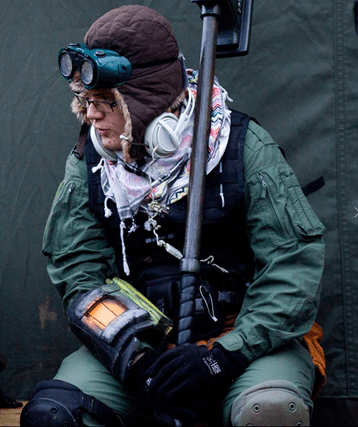 [3] – Future’s End, Me, this time as an inventory discussing some works with a person of keen interest in my characters field of study.